Today we have a great interview with the creator of the banner ad – Joe McCambley, co-founder of The Wonderfactory, about his professional life, the tools he uses, resources that he recommends and of course…banner ads.

Could you tell us briefly about your background? How did you get started in online advertising and for how long have you been doing it?

In early 1994 one of my clients from AT&T told me about a new agency he had been working with in CT named “Modem Media,” and he suggested I speak to them. Modem, at the time, had two projects they were working on for AT&T. One involved what they called “Interactive Fax.” It allowed an AT&T business long distance sales rep to insert his/her name and phone number into leave-behind sales sheets, and then fax the sheet to prospective clients. So, instead of a generic 800 number, potential customers could call the rep directly to order product, and the rep would receive credit for the sale. That had a dramatic impact on the personal income of AT&T sales reps. The second project involved creating a client/server network so that AT&T sales reps could dial into a server over a 1200 baud modem, and access the latest versions of sales documents, contracts, advertising leave behinds, etc. and print them up in their home offices. This was before The Web and before drop box. The plan was to issue IBM laptops and printers to about 2,000 sales reps, which was, at the time, a very big deal.

It all seemed like magic to me, and I was hooked.

Which project has given you the most satisfaction so far and why?

In 1996 one of our teams designed a site for the Paul Newman Hole In The Wall Camp for kids with cancer. The camp was so important to kids with cancer, because they could go and be surrounded by others who were truly just like them, who understood what they were going through—the fears, the pain, all of it. Unfortunately, once camp ended they’d go home and back to their “normal” lives and friends and experiences, and they’d lose the support that had been so important to them at camp. Our team devised an early version of “Instant Messenger” so kids could login to the web site and then send text messages to each other instantly.

Today we all take texting for granted. Back then, it was an early lifeline for kids who sometimes just needed to be heard, instantly, and to help others, Instantly.

What type of brief or project do you enjoy working on the most?

I like working on things that have never been done before.

That fax technology that was so helpful to AT&T sales reps? To my knowledge, that had never been done before.

What is the biggest inspirations for your career?

My family, my friends, my company. Every day I wake up and hope to do something to prove to myself that I deserve to be lucky enough to have them.

What do you think of banner ads today, what would you change about the way that these are used?

I’m not a fan of banners today. I don’t know anyone, and by anyone I mean normal human beings, who is a fan of banners–except for a few people who make money off of them. They have become as annoying as junk mail, telemarketer calls during dinner, and those people who spray perfume on you when you walk through department stores. In ten years The Wonderfactory did not create any banners. We believe in being helpful and useful—not annoying.

What can marketers and advertisers do to improve the quality of banner advertising?

If I were a CMO today I would call in my marketing team and have them prove to me that I make a better ROI on banners than I could make by putting my money in a money-market fund, scratch off lottery tickets

, or maybe some other form of direct response advertising. Please don’t tell me that X banner pulled a 25% better click-through than Y banner (which sucked anyway), or that ROI is “improving” because you’re able to cut costs by using programmatic. Prove to me that I am actually making more money with banners than I’d make with anything else. If they could not prove that to me definitively, I’d pull their budgets.

What makes a good banner ad in your opinion?

The danger here is that you pick ONE thing that makes a good banner ad, and then in the pursuit of that one thing you ignore everything else that should be important to a marketer.

A good banner is like any piece of good marketing. It reaches the right person in the right place at the right time with the right message.

I know that is much easier said than done, but nobody said good marketing is supposed to be easy.

What are the trends that you think will continue to influence banner advertising?

Within a few years—we may already be there—the vast majority of consumer screen interactions will be over mobile devices. Consumers on mobile are focused on getting things done. They’re getting directions to their next appointment, checking out a restaurant review, updating their status on Facebook, or checking out a friends photo on Instagram. Banners are much, much less likely to gain the attention of people who are focused on getting things done.

If you are going to reach consumers in that space, you’d better be well targeted, and highly useful.

What’s the most important thing in banner advertising, in your opinion?

Do you have any banners that have stuck with you, besides the one that you did for Wired?

In 1995, I think, AT&T launched the first beeper that allowed you to receive text messages over an LCD screen. Our team came up with a brilliant way to demonstrate the benefits of having such a screen. They set up a pager on a table in Bell Labs, suspended a live camera above it, and allowed viewers of our banners to type in a message, click to submit, and then get taken to page where they could see their messages appear on the pager. Those banners boasted double-digit click through rates for months—people actually proposed marriage using them! I know, it seems mundane today, but back then it was awesome.

What are the most important 3 tools for you?

I’m very focused these days on branded content, which is where anyone who creates banners ought to be focused. If you are trying to reach busy consumers on mobile devices, you’d better be in the content space, where all consumer attention is directed.

To keep myself educated, there are three place I turn often:

Could you recommend one or two resources for advertising professionals reading our blog?

Read anything written by Isaac Asimov about robots, starting with his short story, “Robbie.” In “Robbie,” the parents of a little girl, Gloria, buy her a robot to be her playmate. His patience with her is infinite, as is his ability to help her, teach her, and make her feel loved. In all of his robot books, Asimov features robots that are built to help and protect humans according to the 3 laws of robotics, which I won’t bore you with here.

I’ve always felt that the best digital marketing is designed to be as infinitely helpful and useful to consumers as are Asimov’s robots. 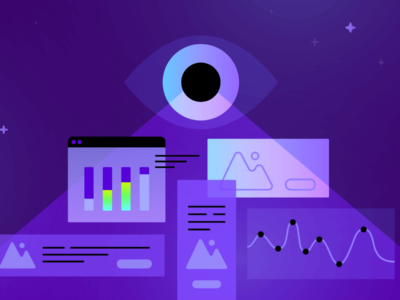 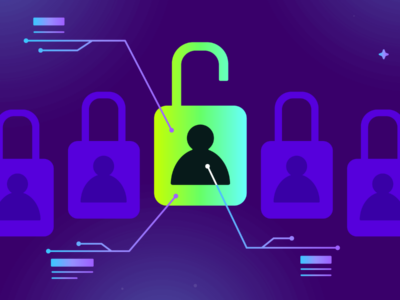 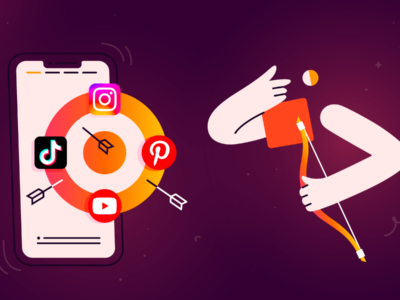