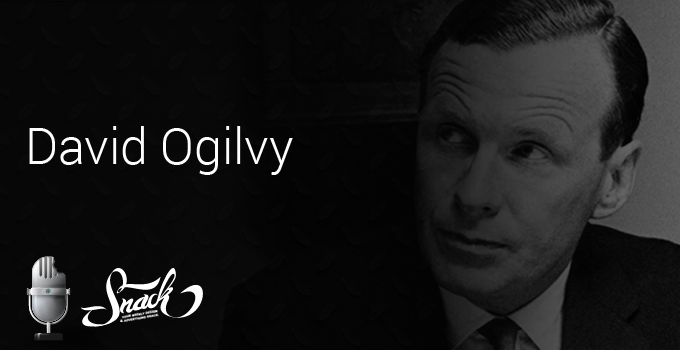 Probably the most famous advertising pioneer, David Ogilvy is someone who every advertiser admire.

In this episode, we’ll talk a little bit about the father of advertising and the process of becoming

“the most sought-after wizard in today’s advertising industry”. – TIME

There are many great advertising pioneers that we are going to talk about in this podcast, so I found most fitted to begin with the father of advertising, the one and only, David Ogilvy.

Being the father of advertising is certainly a title that you don’t receive overnight.

The process was long and somehow unexpected.

It all started on 23 June 1911, at West Horsley. He grew in a poor family from Surrey, England. His father, Francis, was an unsuccessful financial broker, which brought David a scholarship for straitened circumstances to Fettes College in Edinburgh.

In 1929, he stepped up his game and won a scholarship in History to Christ Church, Oxford. After realising that his studies weren’t successful, he left Oxford for Paris in 1931.

Paris was a challenging experience for David.

He worked as an apprentice chef at the Majestic Hotel. Although working as a chef was harsh, this was a cornerstone that molded the disciplined advertising legend he became.

After leaving Paris, he returned to England to sell Aga Cookers cooking stoves, door-to-door. This is the place where people started to notice Ogilvy’s potential.

His success marked him to his employer, who asked him to write an instruction manual on door-to-door selling. Later on, “The theory and practice of selling the AGA Cookers” manual, became the finest sales instruction manual ever written in the eyes of Fortune magazine editors.

Here is a quote from the famous guide:

“The more prospects you talk to, the more sales you expose yourself to, the more orders you will get. But never mistake quantity of calls for quality of salesmanship.”.

His manual became famous among bigger advertising agencies. Thanks to his brother who showed the manual to Mather & Crowther, a London advertising agency, David started his advertising career as an account executive for the same company.

Ogilvy didn’t stop there. He persuaded his agency to send him for a year to the Unites States.

He settled in New Jersey where he worked for George Gallup’s company “Audience Research Institute”. Gallup was a defining raw model and mentor for Ogilvy. He influenced the way he thinks and helped him see advertising more objective and realistic. 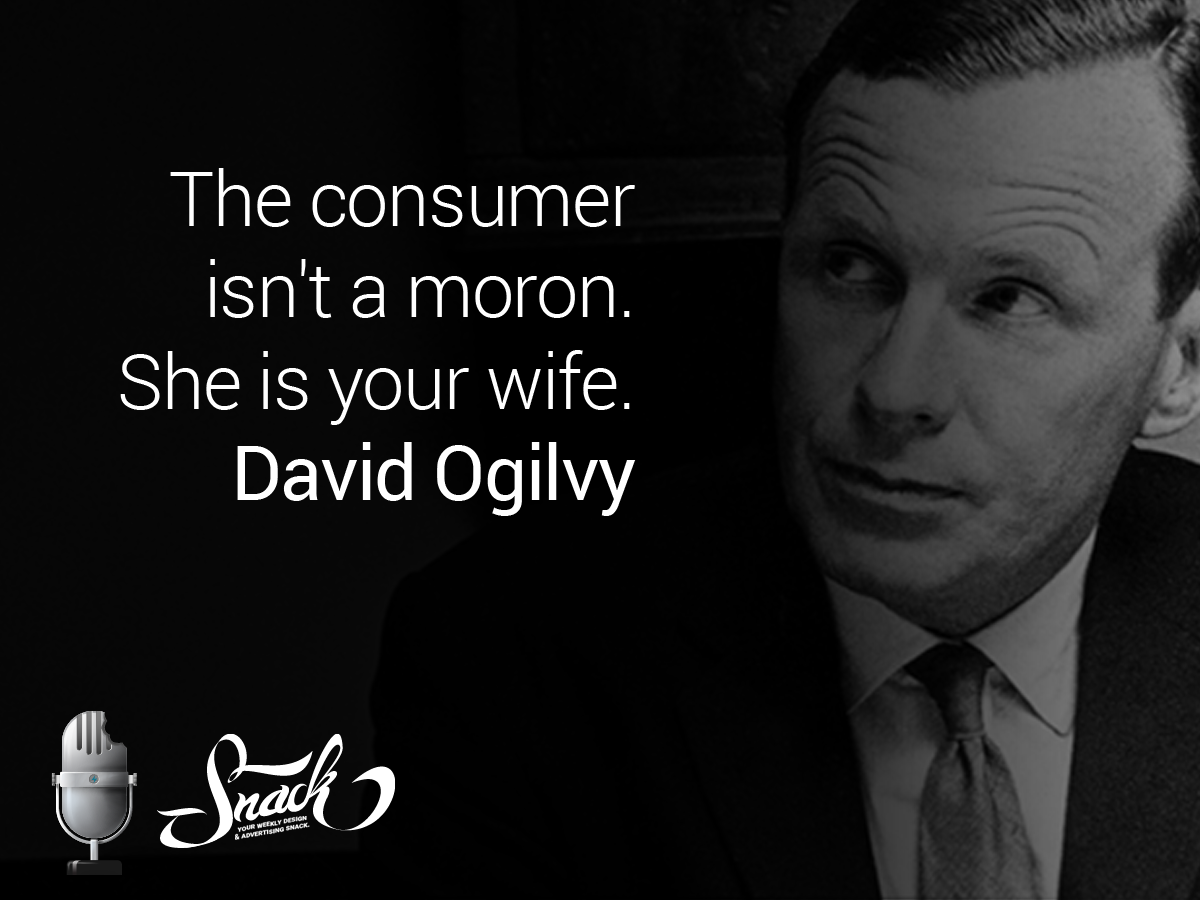 Among the many things that Ogilvy learned from Gallup, he also acquired secret intelligence techniques that he applied and mastered during the second World War.

During World War II, he worked for the British Intelligence Service at the British embassy in Washington. This was a major game changer for him. Ogilvy was trained in sabotage and close combat and during the time he was a secret Camp X member, he was assigned to projects that included successfully ruining the reputation of businessmen who were supplying the Nazis with industrial goods.

With the end of the war began a new chapter in Ogilvy’s life. He bought a farm in Pennsylvania among the Amish and lived there for a few years where he found contentment in living a simple life as a farmer. Soon enough he realised that being a farmer is not what he wants to do for the rest of his life, so he moved to New York.

In 1948, he founded the New York-based ad agency Hewitt, Ogilvy, Benson & Mather (which eventually became Ogilvy & Mather Worldwide), with the financial backing of London agency Mather & Crowther. This was his first contact with the advertising world.

In the process of making a company that he described as being “so hot that getting clients was like shooting fish in a barrel.”, Ogilvy landed important customers like General Foods, American Express, Shell and Sears. Among some of his most iconic work that helped Ogilvy establish his agency were the Rolls-Royce’s 60 miles an hour campaign, The man from Schweppes campaign and the famous Dove campaign that helped Dove become the best-selling soap in the United States.

In 1973, Ogilvy merged his agency with Mather & Crowther, which were his London backers. The international company formed, became the first advertising company that went public. Ogilvy & Mather expanded around the world, and it became a top ten advertising agency in the world.

1973 was also the year when he retired. This didn’t last very long. Three years later he stepped out of retirement and his luxurious estate from Touffou and moved to India. He also spent a year commuting daily between Touffou and Frankfurt where he was a chairman of the agency’s German office. This was an eight hours flight every day which is something impressing for 70 years old man.

The Ogilvy Group was bought in 1989 by the WPP Group for 864 million dollars. Although there was a rift in the lute between Ogilvy and the owner of WPP Groups who was described by Ogilvy as an “odious little jerk”, the company thrived and became the best advertising agency in the world.

When Ogilvy was asked if there is something that he wish his answer was: Knighthood and a big family. None of those happened. He was named a commander of the order but didn’t achieve knighthood, and he had only one child from his first marriage.

There are a few titles Ogilvy received after his retirement, titles like US Advertising Hall of Fame, chairman of the United Negro College Fund and Trustee of the Executive Council of the World Wildlife Fund.

The end of the era marked a sad day for the design industry. On July 21, 1999, David Ogilvy died at his residence in Touffou, France. Among a handful of advertising legends, Ogilvy remains the most famous advertising pioneer.