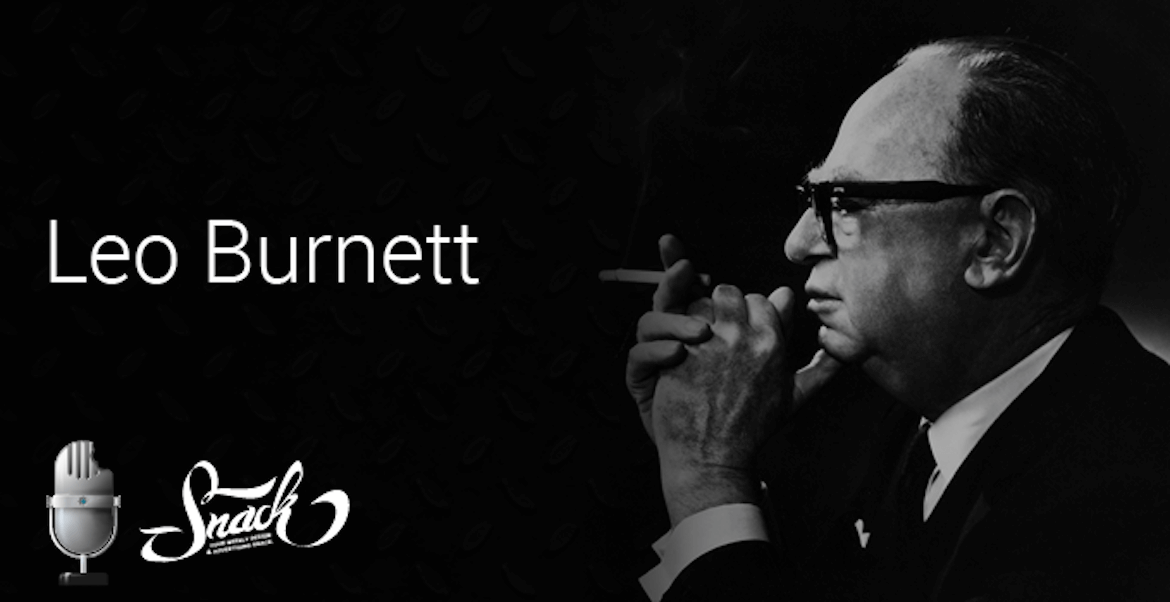 Everyone knows his legacy but few know his life story.

I’m talking about Leo Burnett, not the agency, but the man. Making one of wealthiest advertising agency in the world is not an easy task so if you want to know that happened, you have to know the man behind it.

We are making these episodes a tad longer every time. Please let us know if you like them like this or if you prefer the 5-6 minutes ones.

Make it simple. Make it memorable. Make it inviting to look at. Make it fun to read.

This is a quote from the advertising pioneer, the unforgettable, Leo Burnett.

I took Leo’s advice, and here I am again with a new episode, and I assure you that it’s going to be fun to listen.

So, welcome again to brand new, memorable and fun to listen to episode of your favourite design and advertising podcast, the Snack Podcast.

You probably figured out by now that today we are going to have a nice talk about Leo Burnett, his agency and some of his work.

The reason we included him in the podcast is obvious. Burnett is a true legend of advertising and a master of copy.

Named by Time magazine as one of the 100 most influential people of the 20th century, Leo Burnett was a titan of the advertising industry.

Leo Burnett was born and raised in 21’th of October 1891 in Michigan. Nobel Burnett, his father, had a clothing store and Leo was raised looking at his father creating ads for his store on the little kitchen table.

He was using “big pieces of wrapping paper and a big black pencil and a yardstick” which is the reason Leo loved the big black Alpha 245 pencils.

After being sick of creating ads for the same old shop with his dad, he got himself a job at the local typography. He started by cleaning the machines, but he soon mastered the art of typography, so he got promoted.

Soon enough, the Peoria Journal offered him a job but like most journalists at the beginning of their career, money represented a higher interest, so he started writing ad copy for the Cadillac Motor Car Company.

Burnett had the luck of working there at the same time when the great copywriter Theodore F. MacManus wrote ads for the same company. He taught him a lot, and it reflected in his work performance. He rose to become advertising manager of Cadillac, which kept his job open for him while he served for six months as a seaman second class during the Great War.

The couple met at a small restaurant near the Cadillac offices, where Naomi worked as a cashier. They went on to have three children: Peter, Joseph and Phoebe.

Fast forward 17 years; Leo funded his own Company. The Leo Burnett Company, Inc. was based in Chicago in a small suite at the Palmer House. The company started relatively humble with eight employees, three clients and a working capital of 50.000 dollars.

By the end of the 1950s, the Leo Burnett Company was billing 100 million dollars annually.

Those are some incredible numbers, and you might ask yourself what could possibly make him so successful. First of, Burnett approached advertising differently.

He used dramatic realism and the Soft Sell techniques to build brand equity. He believed that the only way of presenting the drama of a product is by creating a sense of warmth, an experience or a shared emotion. 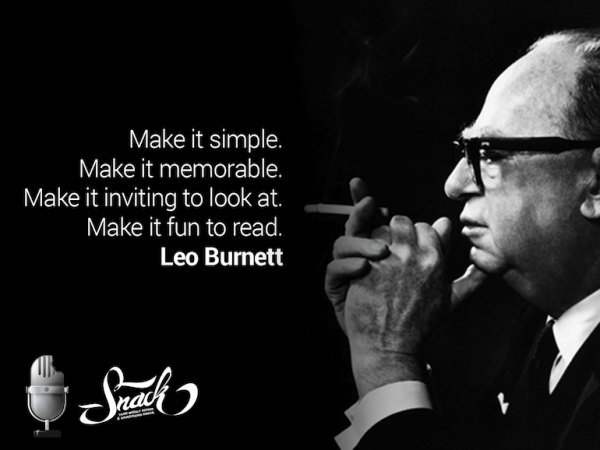 This is evident on such campaigns as Jolly Green Giant, Tony the Tiger, Pillsbury Doughboy and, of course, the famous Marlboro Man.

Speaking of which, let’s see how that ad came to being and the story of it.

The Marlboro ad is said to be one of the most successful advertisement campaigns of all time. It transformed a feminine campaign, with the slogan “Mild as May”, into one that was masculine, in a matter of months. The message was simple.

Everyone can be a Marlboro man.

I browsed the almighty Youtube to find some of the Marlboro ads so here’s what I found.
I hope you enjoyed that. Just a friendly reminder, smoking is very bad for your body, and we don’t support it.

What’s really interesting about Burnett is his lifestyle. Altho his company was making him a fortune, deep inside he was still an artist.

The way he dressed and looked didn’t resemble the image that we generally have in mind when to think of the director of a multi-million dollars agency. He was quite memorable.

While Ogilvy looked dimish and Bernbach resembled the guy next door, Leo was beyond simple. Rumpled, jowly and balding, his heavy horn-rimmed glasses perched on his nose.

He was humble but at the same time stubborn. He built the agency on family values, and however he worked so much, he was rarely home.

Also, he wasn’t a very good speaker either. However, he was a master of copy and a craftsman of words. There is one recording of Leo public speaking that I could find; the quality isn’t very good but bear with me, it was the 70’s after all.

I hope that his determination inspired you. Leo Burnett was and still is a genuine advertising legend and a pioneer. I hope you learned something from him.

That’s all for today, guys,

Hope you enjoyed this episode as much as I did making it. If you did, your advertiser friends will most likely love it too so make sure you share it.