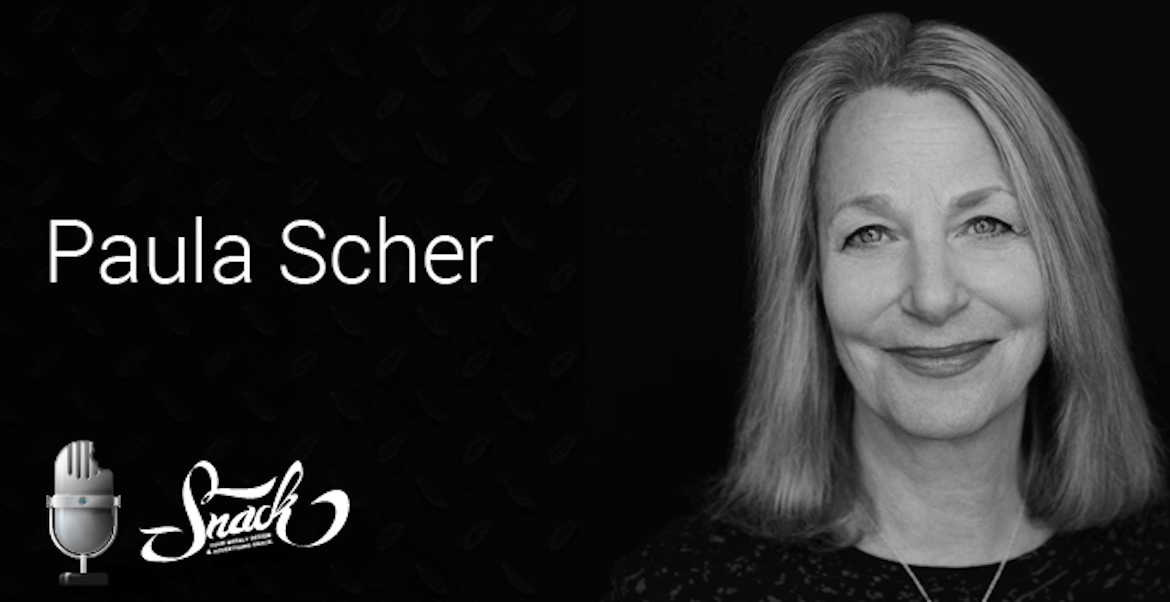 One of the most famous female graphic designers, Paula Scher is definitely a raw model for the modern day designer.

Working in this industry in the 70’s was no easy task. The pop culture was crowded and somehow internationalised.

But somehow, she made her way and now is on of the most influential designer in the world. Enjoy.

As I listened to the previous episodes, I realized that I covered a lot of amazing designers but they are all man. And that’s not because there aren’t good female designers because that’s not the case.

Today, we are going to talk about on of the most famous female designers and I’m pretty sure you know who I’m talking about.

[Tweet “Paula Scher has been on of the leaders of graphic design for four decades.”]

She started her profession as an art director in the 1970s and has been a principal at Pentagram’s New York office since 1991. Paula has taught at the School of Visual Arts for more than two decades and has held showing positions at Yale, Tyler School of Art and Cooper Union(which is, by the way, the place where Milton Glaser studied). She is a winner of the National Design Award, AIGA Medal, Type Directors Club Medal, and is a member of the Art Directors Club Hall of Fame.

The 1970’s was labeled by many as “the decade that taste forgot” a time when art directors, illustrators, graphic designers, as well as architects and product designers, were drawing energy and ideas from the parking lot’s of Las Vegas, the Factory of Andy Warhol, and the tragicomedy of the Nixon Administration. This was an all-time low of the Pop movement. The music, the movies, the architecture and the fashion industry has become “internationalized”. 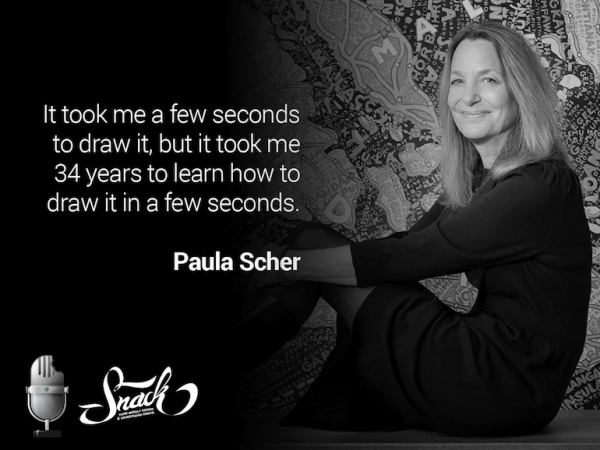 This was an all-time low of the Pop movement. The music, the movies, the architecture and the fashion industry has become “internationalized”.
This was a great time for a graphic designer to create something different and stand out of the crowd.

Paula Scher stepped up, of course. She is among the best designers of her era.

She carves a way for herself through the board wilderness of Pop,creating an approach to design that is understandable yet reserved.

In 1972, she was contracted by CBS Records to the publicizing and advertising division. The following two years, she cleared out CBS Records to seek a more creative endeavor at a more appealing name, Atlantic Records, where she was promoted to an art director position, outlining her first album covers.

CBS lasted for 10 years. In 1984, she co-founded Koppel & Scher where she produced
identities, packaging, book jackets, and advertising, including the famous Swatch poster.
One of Paula’s raw model was designer Seymour Chwast, as you probably know, we talked about him before in the Milton Glaser episode.

He was the co-founder of the revolutionary Push Pin studios alongside Reynold Ruffins, Milton Glaser, and Edward Sorel.

Chwast wasn’t just one of Scher’s influencers, he was also her husband.

At age 22, she set out on what might end up being a long and complicated relationship with this towering hero of graphic design.

They later separated, and Scher focused on her career, pushing ahead in the focused design world of New York to develop a unique style for herself.

She married Chwast again when she was 40, and today each enjoys the other’s hard-earned stature and independence, alongside their shared love and company.

One of Scher’s most important achievement was working for Pentagram. I bet any designer listening to this podcast knows what is Pentagram. If not, here’s a little description that I took from their website.

“Pentagram is the world’s largest independent design consultancy. The firm is owned and run by 21 partners, a group of friends who are all leaders in their individual fields. We design everything: architecture, interiors, products, identities, publications, posters, books, exhibitions, websites, and digital installations.”

Some of her most iconic work were the visual identity she created for public institutions and companies like the New York Public Theater, The New York Times Magazine, Philips Van Heusen ,and The American Museum of Natural History.

Of course, we are not going to let you go without hearing her view on design.


Paula Scher is definitely a designer that you should follow.

She made her way as a designer through the cluttered culture of the 70’s, through her articulate design style, making a difference in the design world.

And that’s all for today. Thanks for making the time to join me today.

If you like this podcast, make sure you show us some love by subscribing to our iTunes and SoundCloud channel and share us on you favorite social media.