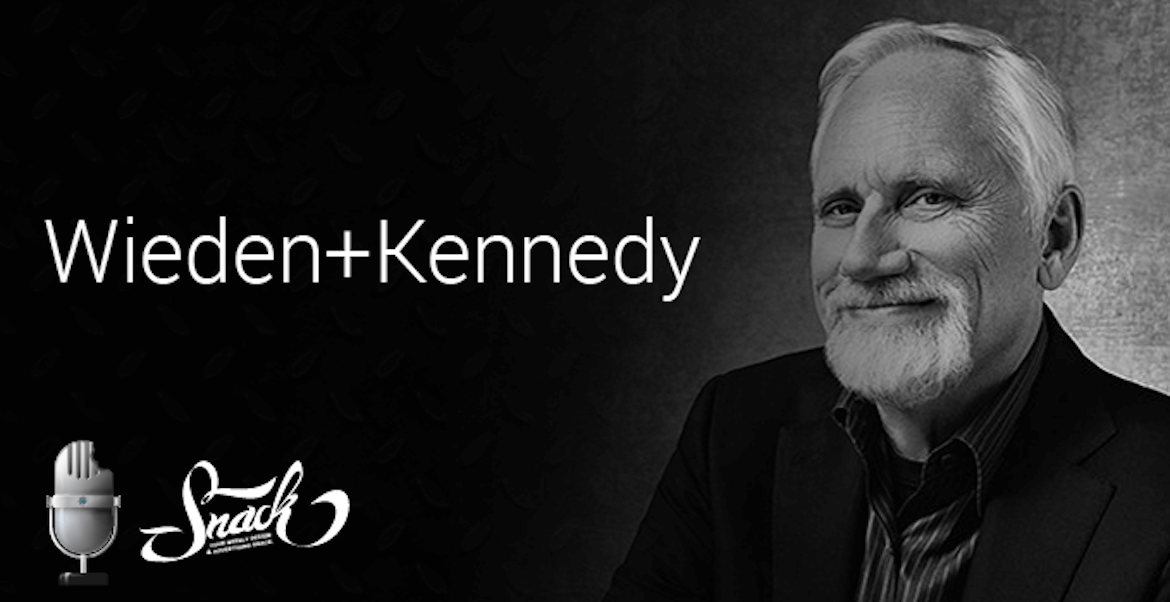 In this week’s episode, we are going to talk about timeless advertising and the agency responsible for some of the greatest ads that run to this day.

Among other things, we’ll talk about Nike’s “Just do it” campaign and their unusual source of inspiration for it.

There are 3 words worth almost 9 billion dollars and believe it or not, a man had to die to make that happen.

You might already know the story behind this madness. Nike’s “JUST DO IT” campaign proved the incredible power of marketing and the concept of timeless advertising considering the fact that they are still using the same three words.

However, we won’t talk about Nike that much, instead, I want to focus on the creators of the “JUST DO IT” campaign and their work.

Of course, I’m talking about the Independent agency Wieden & Kennedy.

Founded by Dan Wieden and David Kennedy, and headquartered in Portland, Oregon, it is one of the largest independently owned advertising agencies in the world.

Rumor has it that Wieden and Kennedy is North America’s finest creative agency, a result of the agency’s outstanding work.

During the late 1990s, the agency opened a clutch of international offices but was initially hit by a series of staff problems, as well as fickle clients. It had recovered from these by 2002, and has steadily broadened its global reach, initially to service Nike but subsequently adding other global clients such as Heineken (until 2015, when bizarrely the account moved away despite a series of uniformly excellent ads). As a result, Wieden & Kennedy’s reputation is arguably as strong in Europe as it is in the US. Its offices in Amsterdam and London rank among the region’s most creative agencies. Showing no sign of slowing down, the agency scored numerous successes during 2010 including landmark campaigns for Nike and Old Spice, which became the year’s most talked-about ads. It has maintained that momentum with high-profile ads for the rejuvenated Chrysler Group among others.

As a result, Wieden & Kennedy’s reputation is arguably as strong in Europe as it is in the US. Its offices in Amsterdam and London rank among the region’s most creative agencies. Showing no sign of slowing down, the agency scored numerous successes during 2010 including landmark campaigns for Nike and Old Spice, which became the year’s most talked-about ads. It has maintained that momentum with high-profile ads for the rejuvenated Chrysler Group among others.

It has maintained that momentum with high-profile ads for the rejuvenated Chrysler Group among others.

Now that we know a little bit about them and who they are, let’s take a closer look to the two campaigns that we all heard about. Nike’s “Just Do It” and Old Spice’s “The Man Your Man Could Smell Like”

The sportswear company was their first customer, and it was Wieden himself who created Nike’s long-lasting “Just do it” motto.

The campaign’s initial spend was a whooping $1.5m a year. However, as Nike’s prosperity and marketing spending plan developed, so did the measure of imaginative work it requested.

The initial objective of the campaign was to revolutionise the fitness and sports clothing industry, by targeting all people despite their gender, physique or age. They wanted to make the Nike sneakers a fashion statement to consumers, and they did it. But they did more than that.

They enabled and inspired people to go out and run, play a sport, ask a girl out, stop procrastinating and do something, anything.


What’s ironic about this campaign is the fact that the inspiration for this campaign came from a man who was about to be executed for murder in Utah. Gary Gilmore’s last words to the firing squad were “Let’s do it”.

Before we go to the next campaign, i want you to listen Dan Wieden’s view on this campaign and the agency’s as a whole.

The campaign was first displayed to market Old Spice’s Red Zone After Hours Body Wash, however, after the huge success the ad had, the campaign was extended to incorporate different Old Spice products.

The campaign targets female viewers, despite the product’s target market being male, as the company determined (figured out) that women frequently make purchasing decisions in respect of hygiene products even for male household members.

The ad was recorded in a single continuous take requiring three days of shooting and various tries to accomplish a successful take. Insignificant Computer Generated Imagery (CGI) was used, containing a separately shot artificial hand during the segment where diamonds flow from Mustafa’s palm and the body wash rises through the pile of diamonds with a separately filmed shot of the hand

What’s extraordinary about this campaign is the timeless nature of it. Although the ad was released on February, 2010, they still run the commercial to this day.

This is an ad that Dan Wieden was genuinely proud of. Here’s how he view it.

The moral to the story is this.

Never stop thinking outside of the box because in a world packed with the same old ads, change is the only constant.

[Tweet “In a world packed with the same old ads, change is the only constant.”]